Elon Musk, CEO of Tesla, has always been very outspoken about his political oppions. Twitter has become home to much discourse as he often tweets his mind, sometimes landing both him and his company in hot water.

Musk has had a rocky relationship with Presiden Trump since the 2016 election. In an interview with CNBC on November 4, 2016, Musk revealed that “I feel a bit stronger that he [Trump] is not the right guy. He doesn’t seem to have the sort of character that reflects well on the United States.”

Since this time Musk has openly opposed many of the President’s decisions such as the Muslim Ban. 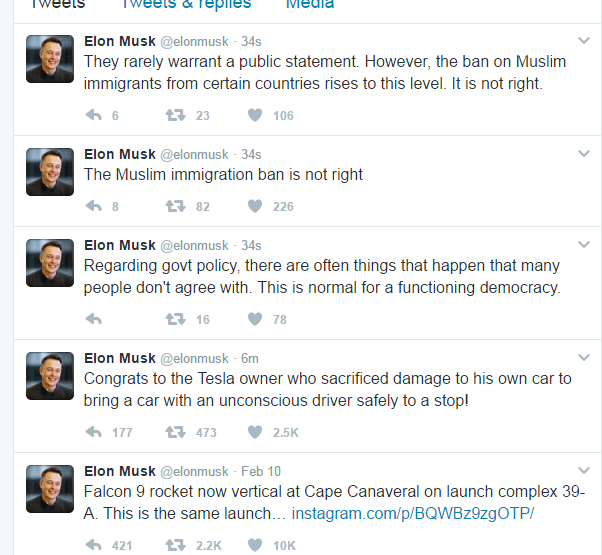 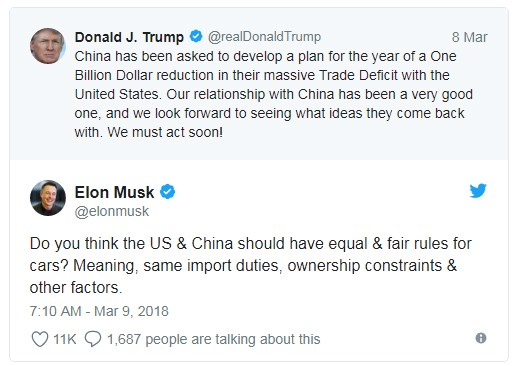 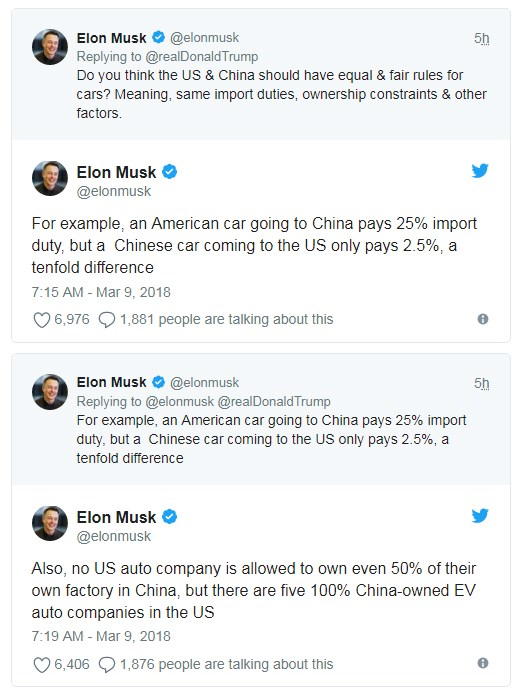 In August of 2019, Musk official endorsed Democratic candidate Andrew Yang on Twitter. The candidate has since dropped out and Musk has not thrown his support behind a new candidate as of yet.

Things began to change over the course of the past several months. In March, California became the first state to have a mandatory lockdown. This closure included Tesla plants. Lockdown is still in mandated and there is little sign of it coming to a close.

By early May, Musk began to go against his fellow Democrats and thew his support behind reopening America. He began sending out several patriotic tweets, even quoting the National Anthem.

On May 9, Musk vented on Twitter saying that he was going to move the Tesla Headquarters to Texas or Nevada.

By May 11 Musk was ready to defy orders and tweeted that Tesla would start production again. He then asked that only he be held responsible for any orders being broken. 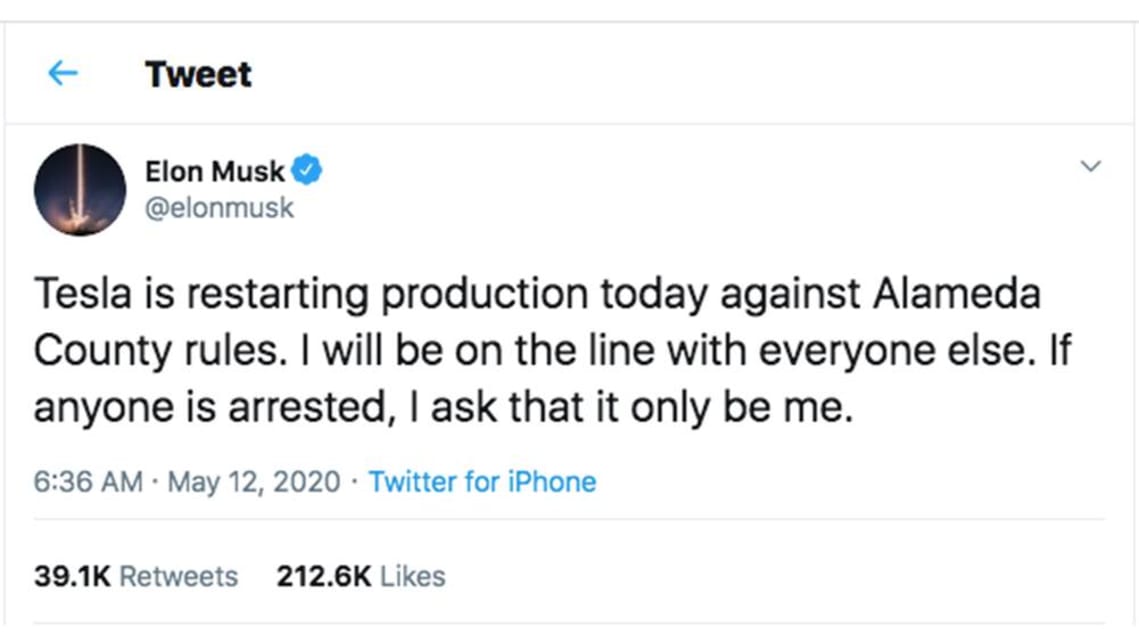 On May 12, President Trump endorsed this decision on Twitter and Musk responded thanking him.

On May 17, 2020, Musk tweeted “Take the red pill” referring to the 1999 movie “The Matrix”. Once this pill is consumed, the taker would be made aware of the flaws of the computer simulation in which they are living. It can be assumed that he is endorsing the narrative that much of what is going on with Covid is being controlled by dictative politicians and that not all is as it seems.

Only the future will tell how far right Musk has become. This could be only a matter of circumstances or this could be one of many steps to going against more liberal ideas.